On Wednesday afternoon, Company 63 was sent to the 100 block of Foal Court in “Oakview Estates” for a reported brush fire. As crews were getting geared up, the box was filled out to a structure fire putting four engines, three ladders, and a rescue on the assignment. Additional 9-1-1 callers were describing a large fire with direct impingement on an apartment building.

Truck 63 happened to be on the street for driver training and could see a column of smoke in the area as they approached the address. Once on location, Truck 63 confirmed a working natural vegetation fire along the end unit of a two story apartment building; the fire had not yet spread to the structure.

Engine 63-1 arrived shortly thereafter and its crew deployed an 1 3/4” attack line and was able to knock down the bulk of the fire in short order. Engine 62-2 (Witmer) ran a feeder line to Engine 63-1 while Engine 41-1 (Bird-In-Hand) and Truck 204 (Manheim Twp.) were assigned to overhauling the area and pulling siding to check for extension. The remainder of the units were staged in the parking lot.

The fire was under control in about 10 minutes and with no extension found, the assignment was scaled back. Company 63 cleared the scene incident within about 30 minutes. 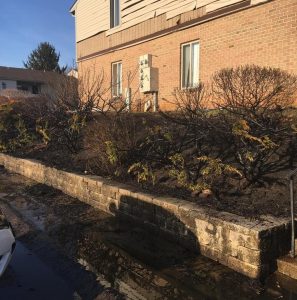 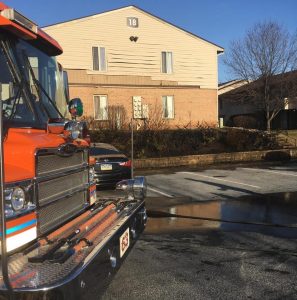 The new pumper is nearing completion at Pierce Manufacturing in Wisconsin. Final inspection is scheduled to begin on April 23rd! ... See MoreSee Less

What's up with the paint

Will this be replacing the Mack?

Twin mars lights and a rotoray! Nice. Where's the Q?

🚑 Checkout this video of Lancaster EMS and come join us for a joint Food Truck Fundraiser next Friday 4-8pm at Lafayette Fire Co to learn more about joining both organizations that serve our community! 🚒 More info available at joinLafayette.com or see LEMSA link in video. #HelpUsHelpOthers

🎟Every ticket gives you a chance to win cool prizes!

🚑🧯Public safety demonstrations will be onsite throughout the event

CDC guidelines to be followed.

Traffic 29 was struck and damaged while blocking at a jackknifed tractor trailer on 222N. Thankfully no one was injured.

Slow down and move over especially when emergency vehicles and tow trucks are present.
#moveoveritsthelaw #everyonegoeshomesafe #lancasterfirstresponders ... See MoreSee Less