The LFC volunteers stayed busy this weekend running another multiple day stretch of working fires. At 8:22 this morning, Truck 63 was dispatched to 702 Hartman Station Road (Company 62’s first due) for a reported commercial building fire. Chief 62 arrived first, confirmed fire showing, and requested the “Working Fire Dispatch”. This request added Engine 63-1 to the assignment. Truck 63 was directed to set up in a field next to the building. The crew was directed inside to assist the engine company in gaining access to the attic area where the bulk of the fire was located. When Engine 63-1 arrived, their crew was sent to operate as a second truck crew from our ladder tower. Engine 63-1’s crew put the aerial in service and opened up from the exterior as well as provided recon reports to the Fire Suppression Supervisor. Our units operated at the scene for approximately 3 hours before being released.

We’d like to thank the Lampeter Fire Company for covering our quarters with Engine 54-3.

Photos are courtesy of the ULFC, LVFD, and John Fazekas 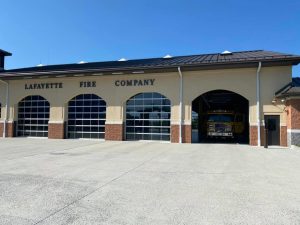 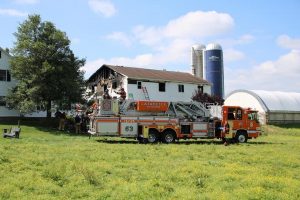 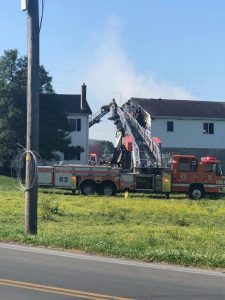 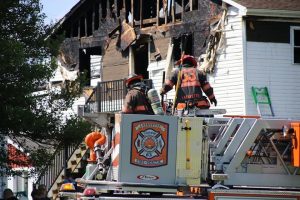 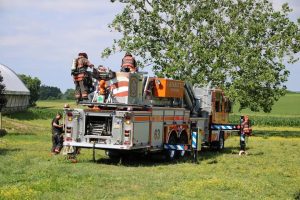