On October 31, 2019 the County’s Foam Task Force was officially placed out of service, thus ending its 27 years of continuous existence. The Foam Task Force was organized in 1992 after a tanker truck overturned in the Lancaster City. Responding companies had various amounts and types of foam and foam appliances with no real standard between the agencies. The original Foam Task Force member agencies were Lafayette Fire Company, Lancaster City Bureau of Fire, Lancaster County Haz-Mat, Neffsville Fire Company and Rohrerstown Fire Company. In more recent years, the task force consisted of only three of the original agencies.  These three departments were assigned trailers that carried 500 gallons of foam and the necessary appliances to make and apply foam. Two of the departments recently requested to no longer participate in the task force, and returned the trailers to the county.

The trailers and equipment were purchased in 2005 by the South Central Task Force which is the eight county regional task force that manages the Department of Homeland Security Grant funds allocated to the nine regions in Pennsylvania. The final decision on the next steps for the trailers and equipment will be in the hands of the regional task force’s executive committee. A decision is expected in the next couple of months. LEMA may poll Lancaster County fire departments to see if there is any interest in operating one of the trailers, or they may be re-assigned to another county in the region. More information will follow regarding the final disposition. If your department is interested in operating one of these trailers, please contact Phil Colvin (pcolvin@lancema.us) by email for more information. This involves some cost to the department and training members in foam operations.

Lafayette (Station 63) still maintains a trailer and will continue to run as a single resource, Foam 63. Ironically, Foam 63 (Engine 632) made a response earlier today for an aircraft crash at the Smoketown Airport. The Foam Task Force was most recently summoned to the large sink hole fire at Tanger Outlets earlier this year.

Some of the information provided was courtesy of Lancaster County EMA. 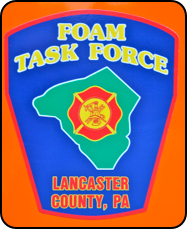 Congratulations Senior Firefighter / Director Roger Nuenshwander and his fiancé Katy on the birth of their Baby Girl! Lexie was born this morning at 0459 weighing in at 6lbs 7oz.

We wish you both the best in this new chapter of your life! ... See MoreSee Less

Monday Member(s) of the week: All of our essential frontline workers.

Aside from being essential as a fire company member, we have numerous members that still head to work every day as their full time jobs are just as important to society.

Those members are the following:

Despite numerous cases of COVID in Lancaster and surrounding counties, these members continue to provide essential services to our community both through their employer and their service with our company.