Around 7:30 PM Wednesday evening, Company 63 and surrounding units were dispatched t0 144 Greenfield Road for a reported fire in the paint bay at High Steel Plant #2. Lieutenant 63-1 (J. Long) arrived to find smoke showing from the “Bravo” side of the building. After a brief investigation, a smoldering fire was confirmed in the walls with extension toward the ceiling of the bay.

Engine 63-1 was the first arriving suppression unit and laid all 1,200′ of its supply hose from a hydrant on Greenfield Road. They deployed two 1 3/4″ attack lines into the building to start extinguishment. Truck 63 arrived next and set up for roof operations. Engine 63-2 picked up Engine 63-1’s supply line at the hydrant and prepared to supply water to the fire scene. Engine 63-1’s lay came up short due to the distance from the hydrant to the fire. Engine 41-1 (Bird-In-Hand) finished the lay by dropping 300 additional feet of supply hose to Engine 63-1. Their crew then assisted inside. Truck 204 (Manheim Twp) was brought to the scene to assist with truck work and to establish secondary access to the roof. The remaining units were held out on Greenfield Road to await further orders.

After several minutes of removing burning insulation from the wall and wetting everything down, the fire was declared under control and the balance of the units in staging were released. We appreciate the help of the companies that assisted us with picking up our supply hose.

Just as we finished loading all of our hoses, LCWC dispatched the LFC to an automobile accident with injuries at Lincoln Highway East and Oakview Road. The entire company responded to the run and once on location, provided patient care and scene traffic control until the arrival of EMS. Total time in service for both runs was about 3 hours. 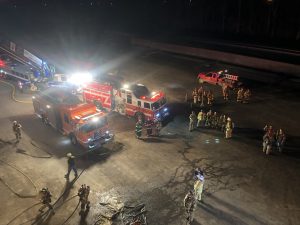 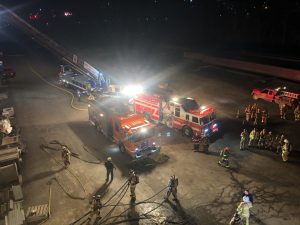 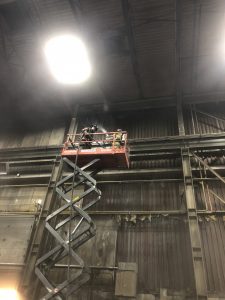 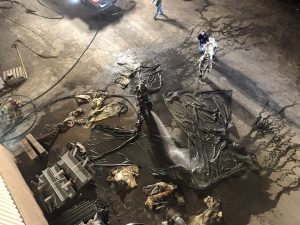 The new pumper is nearing completion at Pierce Manufacturing in Wisconsin. Final inspection is scheduled to begin on April 23rd! ... See MoreSee Less

Robert Lewis why can't we get photos like this lol

What's up with the paint

Will this be replacing the Mack?

Twin mars lights and a rotoray! Nice. Where's the Q?

🚑 Checkout this video of Lancaster EMS and come join us for a joint Food Truck Fundraiser next Friday 4-8pm at Lafayette Fire Co to learn more about joining both organizations that serve our community! 🚒 More info available at joinLafayette.com or see LEMSA link in video. #HelpUsHelpOthers

🎟Every ticket gives you a chance to win cool prizes!

🚑🧯Public safety demonstrations will be onsite throughout the event

CDC guidelines to be followed.

Traffic 29 was struck and damaged while blocking at a jackknifed tractor trailer on 222N. Thankfully no one was injured.

Slow down and move over especially when emergency vehicles and tow trucks are present.
#moveoveritsthelaw #everyonegoeshomesafe #lancasterfirstresponders ... See MoreSee Less