The members of the LFC would like to congratulate Firefighter, Mackenzie Moody, on her graduation from the United States Air Force Basic Training. Firefighter Moody departed for Lackland AFB in San Antonio, Texas in early July 2019. She spent the next eight and a half weeks learning how to become a USAF Airman. Mackenzie was assigned to the 323rd Training Squadron. Nicknamed the “Mustangs”, their motto is, Anytime! Anyplace! Mustangs! They wore the color maroon during the Airman’s Run.

In basic training USAF drill instructors use this time to break cadets down and then build them back up. They teach recruits how to believe in themselves. Cadets learn the importance of attention to detail, service before self, having integrity and excellence in everything they do. While in Basic Training, Firefighter Moody was awarded the Small Arms Expert Markmanship Ribbon for an outstanding performance in qualifying.

Firefighter Moody graduated from Basic Training early in September 2019 and we are proud to know her as Airman Moody. Basic training is only the start of an Airman’s journey. Airman Moody is now temporarily assigned to the 193rd Special Operations Wing in Middletown, PA while she awaits her next step; which is tech school. Airman Moody will be entering the USAF Fire Academy which is at Goodfellow AFB in San Angelo, Texas.

Words cannot describe how proud we are of Airman Moody and all of our members, past and present, who selflessly serve in our military protecting our freedom.

THANK YOU FOR YOUR SERVICE TO OUR COUNTRY! 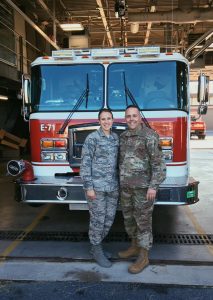 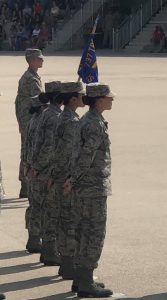 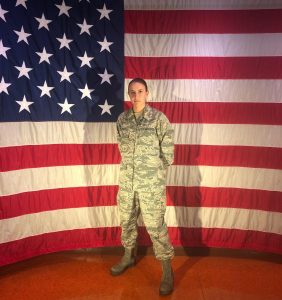