At 04:49 this morning, Lancaster County-Wide Communications dispatched Companies 6 (Lancaster EMS), 62 (Witmer), 63 (Lafayette), and 48 (Ronks) to the Target on Covered Bridge Drive for an auto accident with reported entrapment and on fire.

Additional reports stated the crash was actually in the 2300 block of Lincoln Highway and that occupants of the vehicle had been freed. Chief 41 (D. Boyer) was in the area, arrived first, and confirmed the reports from the 9-1-1 callers.

Engine 63-1 was the first suppression unit to arrive. The crew initiated fire attack and completed a rapid search of the vehicle to ensure it was unoccupied. Their crew was backed up by Engine 62-2 and Rescue 48. Engines 63-2 and 62-1 also made the response. Several patients were transported to the hospital, but the extent of their injuries is unknown.

Lincoln Highway was closed until just after 0700 hours so the highway could be cleared of the wreckage. 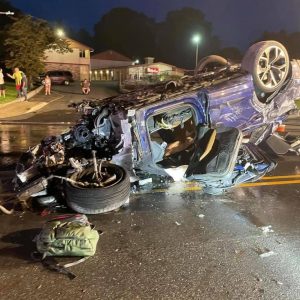 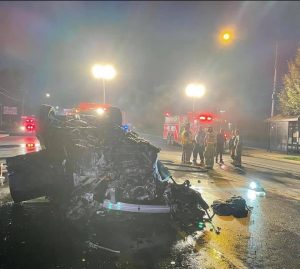 What are your plans for Oct 2? Come on down to the Station for our Open House! We will have food trucks, fun, activities for the whole family, and our new Engine-Housing Ceremony!

We hope to see you there.

thank you volunteer's. where on Pitney was this. I use to live up by the CMA chuch

Lafayette Fire Company is with Camp Cadet of Lancaster County and 4 others at K&A Appliance Inc.

K&A Appliance Inc. repeats in their annual giving to first responders and customers - Giving away more than $50,000 in donations and appliances!

K&A hosted their annual Customer Appreciation Day on 9/11/2021 where they also honor the first responder organizations that help to keep their stores, staff, customers and community safe.

On a day where our country was remembering the 20th anniversary of 9/11/01, our volunteers including our Chief were able to spend it with fellow first responders and our community.

We cannot speak highly enough of the support and service that K&A has given us, and we look forward to continuing to serve our community together!

With their generous $15,000 donation, we are able to help reduce the burden of fundraising that currently rests on our volunteer firefighters and associate members’ shoulders. Less time fundraising allows the volunteers to spend more time preparing to answer our community’s emergency calls.

If you are in the market for appliances, do not hesitate to make K&A your first stop in your search - be sure to mention that you are a proud supporter of Lafayette Fire Company. Support the local businesses that support your first responders.

A special thank you to Bob & Tyler Buzzard’s amazing talents in preparing this video that captures the fun-filled day.