Chief 62 was the first arriving to find 2 vehicles at the top of the exit ramp with one patient trapped in a sedan, that had come to rest against a guard rail. Chief 62 then established the incident command.

Engine 62-1 and Rescue 48 also assisted with other various tasks.

Fire Police Officers from 62, 63, and 41 directed traffic around the scene while crew members worked to free the trapped driver who had minor injuries. 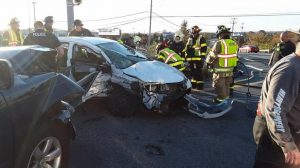 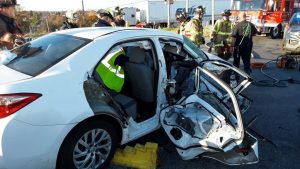 These trainings fall on any 5th Monday of the months that have one throughout the year.

Tonight, members reviewed different apparatus throughout the township. While we expect our members to know our apparatus and where our equipment is located, it is beneficial to know mutual aid units. Having basic knowledge of other units equipment, means we can work together proficiently.

Thank you Bird-In-Hand for organizing this training and to those who attended. ... See MoreSee Less

Engine 63-1 and Squad 63-1 operating on a Commercial Tank Truck Roll Over during the morning commute at Route 340 and Route 30W Entrance.

Arriving units found a Tank Truck, which was loaded with water, on its side. The driver had minimal, non-life threatening injuries.

Units stood by for nearly an hour and a half, while the truck was flipped back onto its wheels and loaded. ... See MoreSee Less

Prayers to the driver

Happy Thanksgiving to you and your family from the directors, the officers, and the members of the Lafayette Fire Company.

We’re thankful for all of our community’s support and all of our dedicated volunteers.

May everyone have a Safe and Happy Thanksgiving Day! ... See MoreSee Less

Happy Thanksgiving to all who serve!

Happy Thanksgiving to all of you as well, From all of us at Pennsylvania Canine Search and Rescue - Pacsar