At 01:06 this morning, Station 63, Station 62 (Witmer), Station 41 (Bird-In-Hand), Station 48 (Ronks), Station 5 (Strasburg), Station 43 (Gordonville), and Station 204 (Manheim Twp) were dispatched to 2321 Lincoln Highway East for a commercial building fire. Additional information from County Radio reported smoke in the building from an unknown source. Chief 41 (D. Boyer) was the first person to arrive and confirmed a smoke condition inside, possibly from a malfunctioning HVAC unit. Arriving fire apparatus took their standard attack positions and stood-by while crews investigated further for a cause. After shutting down the HVAC units and ventilating the building, a confirmed cause was undetermined due to being unable to reproduce the smoke by turning the units back on. Crews were held for about 30 minutes before being released. The building was turned back over to employees to have a service person further investigate the cause of the malfunction. 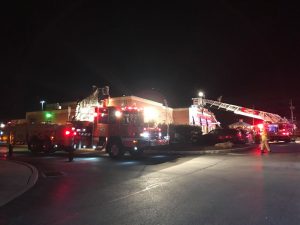 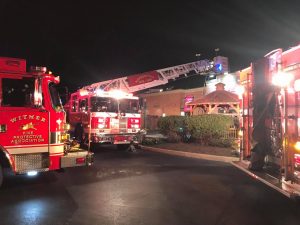 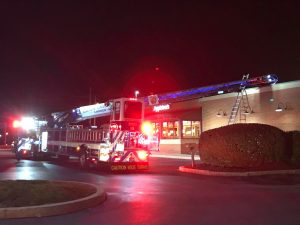 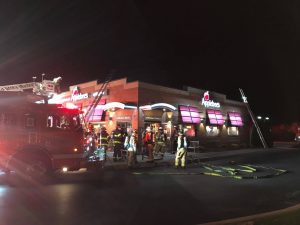