Engine 63-2 arrived first and advanced an attack line to the rear of the structure to attack the bulk of the flames which were in the rear. Additional arriving engine companies advanced back up lines through the front of the house and found more fire which had extended to the attic. After several minutes of attempting to extinguish the attic fire, the roof began to show signs of collapse. An evacuation of the home was ordered so companies could regroup and attack from a different position. Unfortunately, the fire had taken a strong hold of the attic space further weakening the upper level of the home. Firefighters used extreme caution in gaining access to the attic and roof areas to finally bring the fire under control. A second alarm was transmitted for additional manpower. Additionally, some companies had just cleared another fire in nearby Leola and those units were requested to the scene. This brought additional units from Manheim Township, Upper Leacock, Lancaster Township and Bareville.

The fire was officially placed under control at 10:17pm. LFC units did not clear the scene until just prior to midnight. Just prior to 1am, units were sent back to the address for a gas leak. UGI had just departed from the location when a gas leak was discovered in the street by the restoration company. That incidents was handled within 30 minutes.

We would like to thank the Lampeter Fire Company and Gap Fire Rescue for covering our quarters while we were operating at the fire. 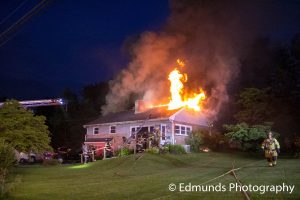 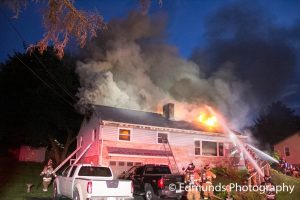 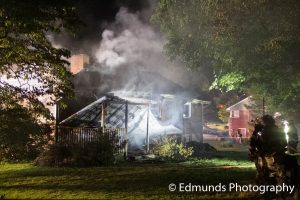 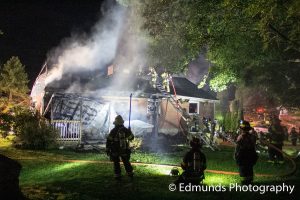